As stated by the US Department of Labour, a 'glass ceiling' is "an artificial barrier based on attitudinal or organizational bias that prevents qualified women from advancing upward in their organization into senior management level positions." This view of 'glass ceiling' emerged in the United States in late 1970s. According to this a glass ceiling was barrier to a women rather that to any individual working as a group. Lack of experience and desired skills to reach the board level or top management was the primary rationale quoted for the existence of glass ceiling.

Women were generally constrained for clerical jobs or jobs associated with support services. Tracing the history of women education in late 70's and early 80's the above reason quoted holds true as very few women had appropriate school/college education and limited had management degrees. In 1986, the Wall Street Journal conducted a survey that divulged, women in higher positions in various organisations were in support service functions such as administration, human resource and finance and these function exceptionally directed towards top management positions.

However, the above contentions by women activist groups argued that there was no existence of glass ceiling. In accordance with the feminist group, the main reason why women did not reach the board positions was due to the fact that many woman left their careers half way through because of personal reasons like marriage, mothering etc. The activist group also mentioned that to reach at a CEO level, a woman executive needed to forgo few facets of her personal life due to the fact that most of top management posts needed more obligations and this was not possible for majority of women. In addition to this women on their own left challenging jobs for more accommodating jobs.

In a study conducted in 2009 by a consulting firm Accenture signified that nearly 70% women and 57% of men think that a glass ceiling (an invisible barrier) exists, which thwarts' women from moving ahead in any organisation. There four reasons that disseminates the glass ceiling theory are Exclusionism, Wage gap, Commitment and Role model. Women face similar challenges as their male colleagues to get to the board level, but additionally, they have to overpower the effect of sex discrimination in selection, promotion, development and pay. Study of men and Women directors' careers divulged that they had parallel career paths (Vinnicombe and Singh 2003). As both men and women took challenges in their new jobs, they acquired useful experience in dealing with change, taking risk, experience and learning from failures.

There were some dissimilarity in that the men actively approached their mentors to seek out various opportunities for growth or development, whilst the women pointed out that they were spotted by senior people. Some women indicated their unwillingness to accept promotions being proposed to them, however they later understood that these were an important part of preparation for getting onto the board level. Women encounter challenges of stereotyping as they approach the board level because the concept of 'Think director, think male' still exists. Women generally have a tendency to be omitted from the powerful corporate networks which are more or less male dominating (Ibarra 1992). Women generally avoid the necessity for managing familiarity and upwards effect, withdrawing from the 'promotion game' (Singh et al. 2002). The Higgs review (2003) points out that only 4 percent of new directors were interviewed for respective positions; but all others knew the appointers that interviews were not deemed essential.

There are various theories associated with Women's slow and limited advancement on to the board of directors as compared to men:

1) Social Identity Theory: The Social theory outlook (Tajfel 1982) provides understanding with regards to the various problems, which women face in gaining access to the board level. In this the individuals are grouped with their social identification with personal characteristics viz; sex, age, job levels. The Social identity theory predicts that successful female directors would have likely backgrounds to male directors but would require some additional qualities to overcome advantage over male counterpart.

2) Tokenism Theory: As Kanter (1997) notes, that whilst women are in minority at the board levels in organisations they are assumed to be 'tokens'. The token theory proposes the percentage of representation with respect to the population as depicted in Table 1.

3) Resource Dependency Theory: This theory states that in longer run the board members recruited need to provide the organisation with approach to resources in form of human capital (Pfeffer and Slaancik 1978).4) Human capital theory: This theory predicts that only the personal with substantial human capital is contemplated for a position at the board level. Women need to acquire large human capital than their male colleague so that they can overcome the glass ceiling barriers and can attract the attention of individuals who select the directors (Becker 1964).

5) Social capital theory: Social networks is an indication of social capital, and the theory predicts that managers higher up the hierarchy (mostly male) would have strong connections through their networks with others at the board level and this is a point of attraction to the organisation seeking directors.

Statistics reveal that 97% of Fortune 100 organisations have minimum one woman executive on their boards and 188 organisations in the Fortune 500 have two or more women directors; 34 companies have three or more women directors; 16 of 100 Senators are women which is an all time high; 74 women sit in the House of Representatives.(Source: Break the Glass Ceiling.com). If this is the case then why do women still need to fight for the privilege to progress to the board level? To overcome this, many countries are now passing legislations in various sectors to ensure female participation on senior levels in the organisation.

The Sex discrimination act came in to existence in the UK in 1975 and the Equal pay act in 1970. The European commission announced the Equal Treatment Directive (1976) and the first World conference for Women was held in Mexico in 1975 where the United Nation Organisation emphasised the significance of Women in society. In India, about 450 men officers join the Short Service Commission (SSC) every year. Out of these 280 choose Permanent Commission, and nearly all are selected. In case of women, 200 officers are selected, and no one is offered a Permanent Commission. The Women's Reservation Bill was passed in March 2010 by the Rajya Sabha, which was a breakthrough of the Delhi High Court removing the supposed glass ceiling by granting Women a Permanent Commission in the armed forces. The High Court, whilst releasing the order, stated that inequality was not tolerable, and the new policy provided women officers Permanent Commission.

To break the glass ceiling, organisations need to determine the visibility level at which they lack women in senior roles, but also need to discover what are the perceived barriers and also to recognise the talents and divergence women brings to the business.

2. Critically discuss the benefits and/or drawbacks associated with female participation on an organisations board of directors.

Consolidation and globalisation of organisations (Fryxell and Lerner 1989) are the major changes happening in western countries and there has been a challenge due to the productivity and efficiency of Japanese and Asian countries (Aktouf 1992) due to which many organisations have moved towards flattened organisations abandoning the management style based on hierarchies. This requires transformational style of leadership to which women are best suited as it's deeply rooted in women's socialising experience (Rosener 1990: 124).

Women leadership is linked with improving negotiating skills, a talent for harmony building and a balanced world view (Johnson 1990) which is a key competence required at board level.

One of the strong characteristics of women is emotionality, and women tend to use this as their strength at board level to build relationships with their subordinates and peers to help them reach decision on time.

When board includes women at board levels, there tends to be better governance and consider diverse voices (Fondas and Sassalos 2002). They also suggest that women have transformational and collaborative leadership style which leads to more civilised boardroom behaviours.

There is a positive relationship between corporate governance and women at director levels. Presence of women at board level show significant high performance in non-financial measures and give more attention to ethics, conflict of interest and code of conduct which is an important part of any organisation.

Organisations with women at board levels have high board independence and are more transparent in terms of reporting compliance, succession planning, annual reviews of skills, experience and knowledge at board level and have higher level of market capitalisation (Singh and Vinnicombe 2005).

As suggested by Lips (1992) , positive stereotypes of women are earnest (warm) and caring and tend to be supportive of other women. Women have unknowingly voiced norms for boss/peer interaction and women at work tend to react to women as 'women' and to men as 'bosses' which tend to show the behaviour as too masculine or feminine. However Morrison and her colleagues conclude that at board levels one should neither be too masculine nor too feminine (Morrison et al. 1987).

Social attitudes fail to match the pace of changing social trends (Davidson and Cooper 1992). Every women at some stage in life becomes a mother and motherhood with a professional role involves stress and they need to contend stress. Desmarias and Alksnis (2005:459) argue the stress situation becomes more worse with women (specifically mothers) at board level because women tend to deviate from the hierarchical responsibility.

Professionals make mistakes at work which are at times serious in nature and both women and men at board levels want to deal personally with the implications of their mistakes. Generally women tend to personally apologise to the clients when affected by errors, but at board level organisations tend to differ to apologise to the client for fear of loosing business. Even women report strong emotions at the time of mistakes and tension prevails while women deal with emotions and mistakes.

Study suggests that women face challenges to maintain good emotional health due to lack of control to overcome stress and depression (due to work and family pressures). This factor has negative impact on women's sense of power.

Directors at board level need to have strong professional network, however women are not included in the network which acts a disadvantage.

Directors at board level need to travel to for new businesses and various other work in the organisation. Women find travelling difficult due to family concerns being a home maker with regards to leaving the family and children (if being a mother).

Executing business activities with women at board level is relatively a new experience for many men in client organisations, and there are slight comfort issue whilst dealing.

Women cannot lead effectively as they lack ability to exercise power which is a main attribute of relationship orientation.

Women lack the ability criticise in an appropriate way or even directly which is an important aspect as it values individualistic societies and collectivism in various countries. 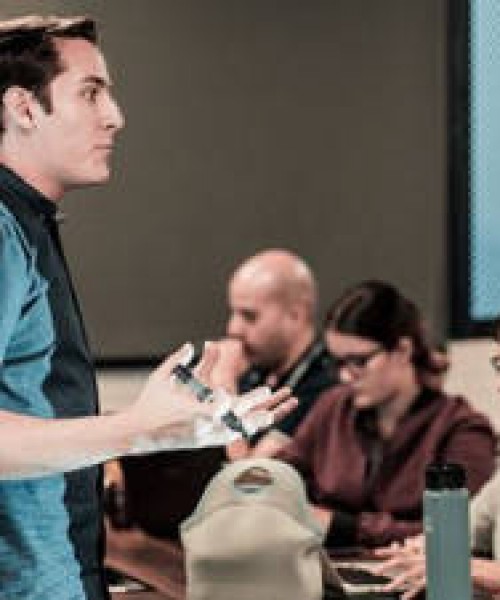